The Dean's List: Top Five Things You Need to Know About Inflation 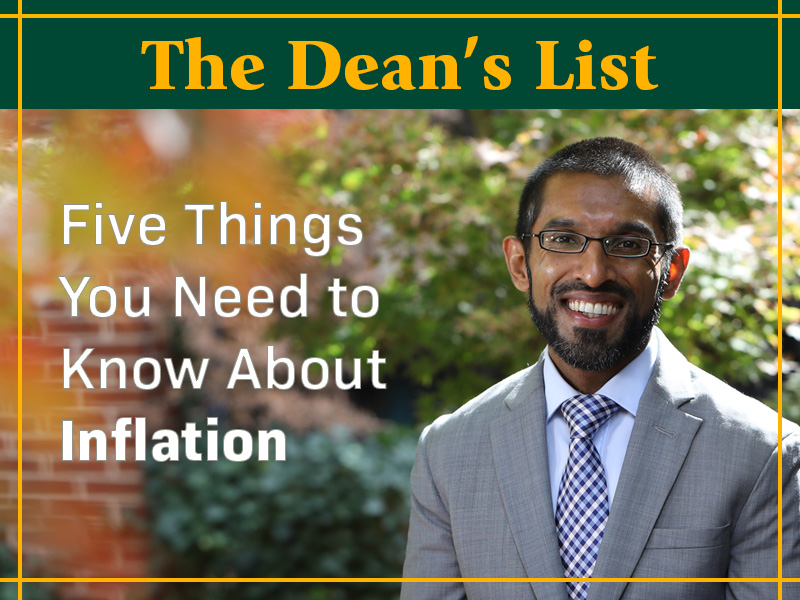 Sandeep Mazumder, dean at Baylor University's Hankamer School of Business, is an expert on all aspects of inflation and the macro-economy. He shared a list of the top five things you need to know about inflation, busting a few myths in the process.

Sandeep Mazumder was appointed as the William E. Crenshaw Endowed Dean of Baylor University's Hankamer School of Business in 2021. He previously served as professor and chair of the Department of Economics at Wake Forest University. Mazumder's research and teaching interests include macroeconomics, monetary economics, international monetary economics and time-series econometrics. He has focused much of his research on U.S. inflation dynamics and the Phillips Curve, and has published more than 30 articles in prestigious economics and finance journals.