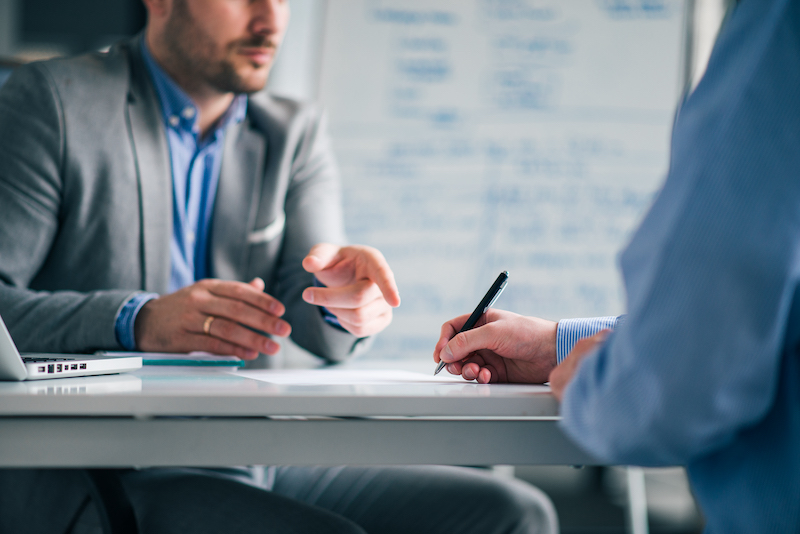 As Baylor University continues its pursuit of Research I/Tier I (RI/TI) recognition, professors in the Hankamer School of Business are doing their part by contributing to this vision.

External funding support plays a crucial role in the drive for RI/TI status and the University's strategic plan, Illuminate, HSB's Associate Dean for Research and Faculty Development Mitchell Neubert said. It is also an area where HSB faculty have already made strides.

Petter, the Ben Williams Professor of Information Systems & Business Analytics, has spent the past few years researching how technology is used to combat human trafficking. To assist with her work, Petter obtained a $250,000 planning grant through the National Science Foundation (NSF). These grants help jumpstart research that would eventually lead to more funding, Petter said.

"We are getting funding to write an application for more funding with this particular opportunity," she said.

When researching grants to fund her research, Petter found many opportunities to build technology, but the technology already existed, she said. The problem was people were not utilizing it. She visited with several foundations before a colleague at another institution with knowledge of her study pointed her to a new NSF program focused on disrupting illicit supply networks—a category that includes human trafficking.

The program was precisely what Petter was looking for, but she and her fellow researcher did not technically meet the multidisciplinary team requirements listed. However, the newly-developed program did offer the planning grant, which would allow Petter to build a team to qualify for a larger grant in the future.

"We almost did not apply because we thought we did not fit the direction of this particular grant," she said. "Because we had this planning grant option, we felt like there was a pathway for us to get there."

Petter would never have known about this opportunity had it not been for a colleague who was familiar with her study and the new program. She believes researchers should share what they are working on with other people. Their colleagues may have connections to funding opportunities, just as hers did.

Aimone, an associate professor of Economics, has received a series of grants from the Charles Koch Foundation, a social-driven foundation focused on removing barriers and progressing society through academic research. The grants have funded Aimone's research on criminal justice issues, such as the innocence problem, which occurs when an innocent individual is charged with a crime but takes a plea bargain.

The partnership with the Koch Foundation started in a minor fashion, Aimone said. Initially, he applied for a grant of less than $5,000, which was approved. He and a colleague from Utah State University produced several successful papers before deciding to apply for a larger NSF grant. When the Koch Foundation reached out to the team to see how the projects were advancing, Aimone mentioned the NSF application.

The Koch Foundation asked the team to instead send the application to them as they also fund larger research projects.

"We had written up the entire 15-page NSF application with citations and all and they said ‘Send it to us,'" he said. "They reviewed it and said they would fund it."

The Koch Foundation's funding continued after that project concluded, with another grant coming in to spur additional research. Federal grants are hard to come by in the world of criminal justice research, Aimone said, so his team has put their efforts into the private foundation world.

Since the panel, research from this Koch grant has resulted in policy proposals to address the problems Aimone's research identified, he said.

"Our study found evidence that the procedure counties in Texas were using to administer their jury donation cards could be biasing juror conviction decisions," Aimone said.

As a result, Texas State Senator Brain Birdwell recently filed a bill to change the policy from permitting donation cards to be administered at the beginning of jury service to administering them at the end of jury service, a process which follows the policy suggestions of Aimone's research.

Pham, a professor of Economics and the graduate program director for the department, recently embarked on a two-year project funded by the United States Department of Agriculture (USDA). The grant assists Pham in studying the economic effects of the Baylor Collaborative on Hunger and Poverty's at the community, family and individual level.

The hunger collaborative was initially designed to provide summer meals to families in poor school districts but altered after the COVID-19 pandemic began to send meals to those families during quarantine. Pham was interested in conducting projects associated with COVID, so when the opportunity arose, he took it.

"I thought it would be a good opportunity to do an evaluation component to this operational project," he said. "I think that is something that a lot of funders are looking at."

The USDA funding was a success story, but Pham has had his struggles with grant applications. In 2020, he applied for four separate grants, with only one receiving approval. He has found by leaning on his collaborators outside of his economics discipline, opportunities begin to arise. Interdisciplinary projects will not always secure a grant, but Pham has noticed having an interdisciplinary team is a significant advantage in obtaining grants.

Norris, a senior lecturer of Entrepreneurship and Corporate Innovation and the cross-campus liaison for the vice provost of Research, has a unique role within HSB.

"I represent the [Hankamer] Business School in the process of commercializing the technology being created in labs across campus," he said. "Dean Terry Maness has been funding a small operation at the Baylor Research and Innovation Collaborative for many years. Recently, we have set up a unique approach to commercializing technology on campus."

Through the approach, Norris has been able to leverage technology patents and innovations through the Lab-to-Market Collaborative (L2M) to secure external funding. A recent three-year, $1.5 million grant from the Economic Development Agency will enable Norris to accelerate the work of the L2M platform an possible secure more funds.

The grant would not have been possible had it not been for his colleagues, Norris said. Linda Ramirez, a program coordinator for the Department of Entrepreneurship and Corporate Innovation, has directed Norris to 10 various grants over the years. Ramirez set up an account through Pivot-RP—a product providing a comprehensive source of funding opportunities—utilizing keywords to discover grants, something Norris highly recommends other researchers do.

Norris also supports cross-campus collaboration on projects, especially when it comes to securing grants. He recognizes that he would not have been as successful had he been on his own.

"I am not operating alone," he said. "I appreciate that my name is the primary investigator on the grant but it is definitely a team. It is a cooperative effort with the provost's office and other researchers around campus."

Identifying and obtaining external funding is a prime example of how HSB faculty can assist in Baylor's mission to reach RI/TI recognition while dramatically accelerating their own research. Grant support can be a game-changer, Neubert said.

"I am excited about the potential for the Hankamer School of Business to contribute to Illuminate by securing grants that address important questions in society," he said. "While this is not the norm for most business schools, this seminar illustrates that our faculty have ample expertise and initiative to expand their research and its societal impact by finding and securing external grants."